The first ST for iOS update is available for iPhone, iPad and Apple Watch now. I hope you like the new features and improvements. Don’t forget to give ST some stars, if you like the app 😉 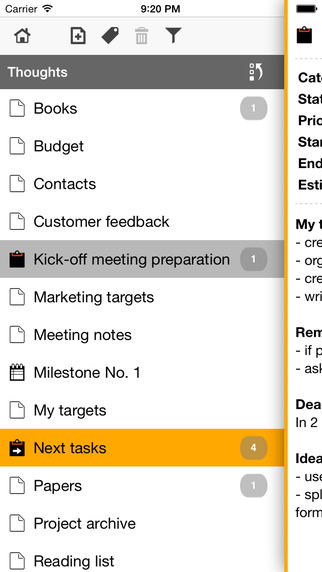 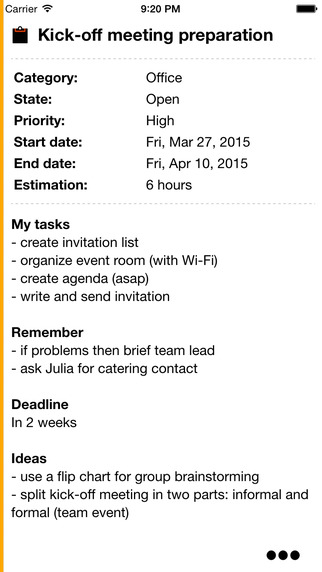 Many thanks for using Sorting Thoughts.

Sorting Thoughts will be ready for your wrist resp. for your Apple Watch with the next update. The Apple Watch app of Sorting Thoughts comes with a glance view which shows the number of all open tasks and the number of all tasks which are in progress. Beside you see the most important task name chosen by “end date” and task priority and a counter until the beginning of the next day. With the main app you can see all next tasks of your unlocked thought collections and you can easily change the task state to “Open”, “In progress” or “Closed”.

Here is a little animation which shows the functionality:

Sorting Thoughts on an Apple Watch 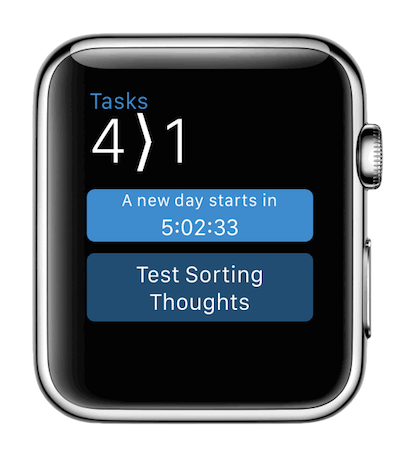 Next UI for Sorting Thoughts?

Is this the next UI for Sorting Thoughts 2.0? #ui #demo #prototype #development pic.twitter.com/tXMyoOhh4u

After a couple of years, Sorting Thoughts has now a new look in the world wide web. The page based now on responsive web design and looks also great on mobile devices. I hope you like it too. 🙂 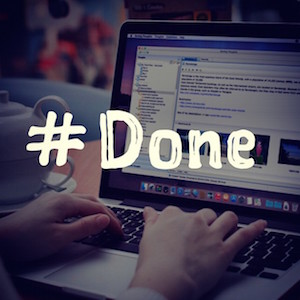 Sorting Thoughts out now for iOS

After nearly two years of development in my spare time and some project delays, I’m so happy to see this app in the app store. Now, I have a trustfully mobile note taking app for all my notes and tasks and I hope you too.

Download the app on the Apple App Store or find out more details on this site: Sorting Thoughts for iOS. 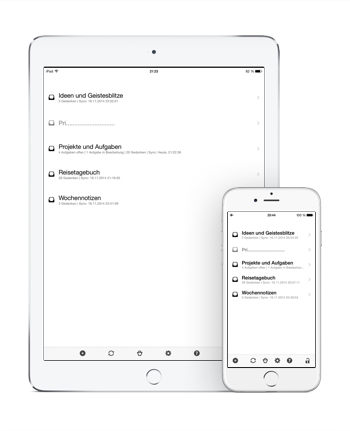 P.S. I appreciate your feedback. Don’t forget to write a review on the App Store. 😉

If you are still a brave webOS user you can use Preware and the IPK file to install Sorting Thoughts without the App Catalog. 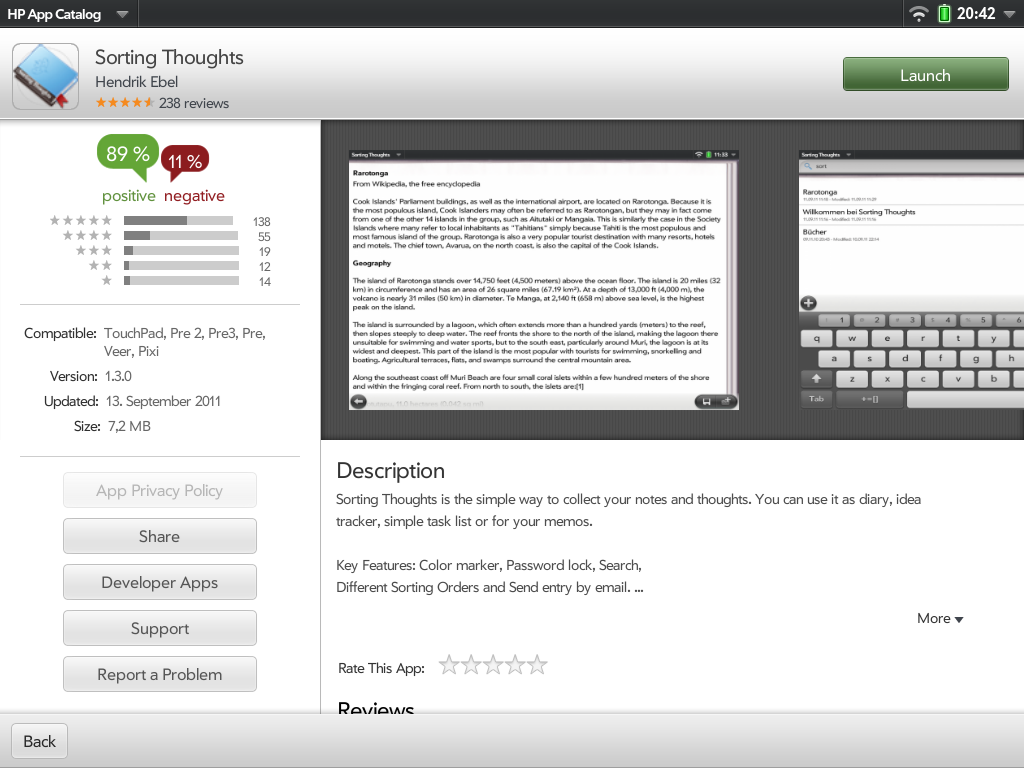 The desktop version of Sorting Thought is ready for Mac OS X Yosemite: 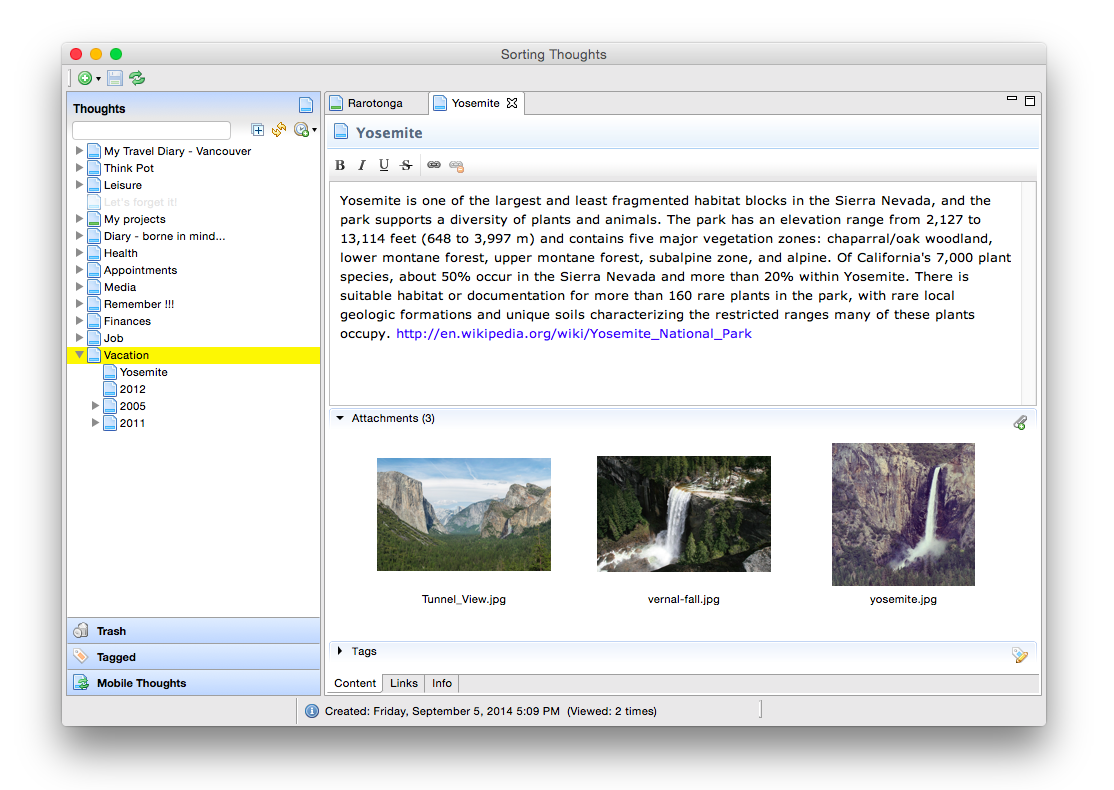 So, it’s finally time to announce some news about the upcoming iOS version of Sorting Thoughts.
After a long phase of finding out the best and practical way to realize the sync feature on iOS and Android, I’m now deeply involved in the development of the iOS app. After the introducing of iOS 7 some weeks ago, I changed my plans a little bit and decided that the app will be used some must-have features of iOS 7. This means also that the app will not support iOS 6 or iOS 5. But iOS 7 works perfectly together with my app concept.

The screenshots below show a first impression of the app. You can see the thought list with tags and trash section on the left side. The screen in the middle shows a standard thought with editable text content. And on the right side, you can see the organization of sub thoughts – in this example three milestone event thoughts.

First screenshots of ST for iOS 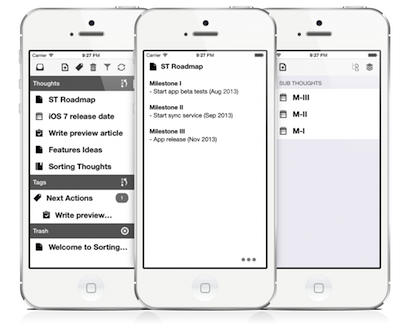 This features are already done:

My Next Milestones (forecast)

There’s still a lot to be done. But I hope my forecast will come true. If you have any questions or comments please feel free to contact me.

Sync tests are in full progress

The sync service of Sorting Thoughts is in the final development stage and sync tests are in full progress…. 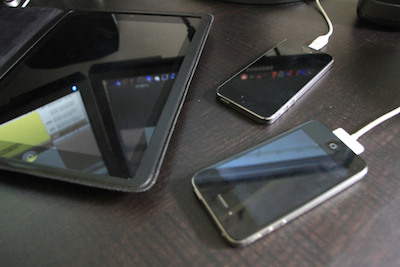 The trouble is, you think you have time.

“The trouble is, you think you have time” – Buddha
(Source: shokoofeh, via fortheloveofquotes.com) 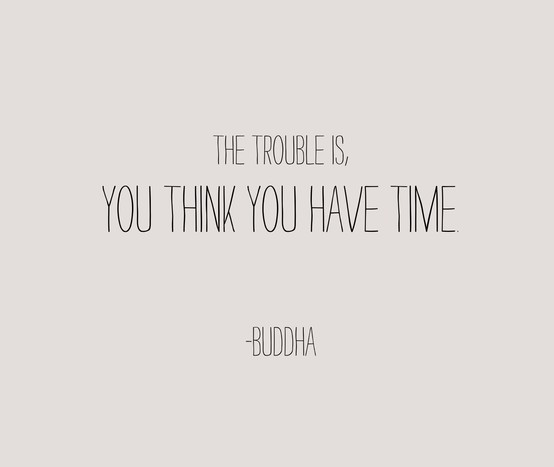