The next big update of Sorting Thoughts for Mac OS X and Windows is around the corner. And it’s time to take a closer look at the new features. I hope you will like the new version too.

Thoughts are the center of interest in ST and the main focus should always be on it. The new minimal UI design with gray colors and icons should emphasize this focus. If you like the design of the ST iOS version, I’m sure you will like the new UI too. 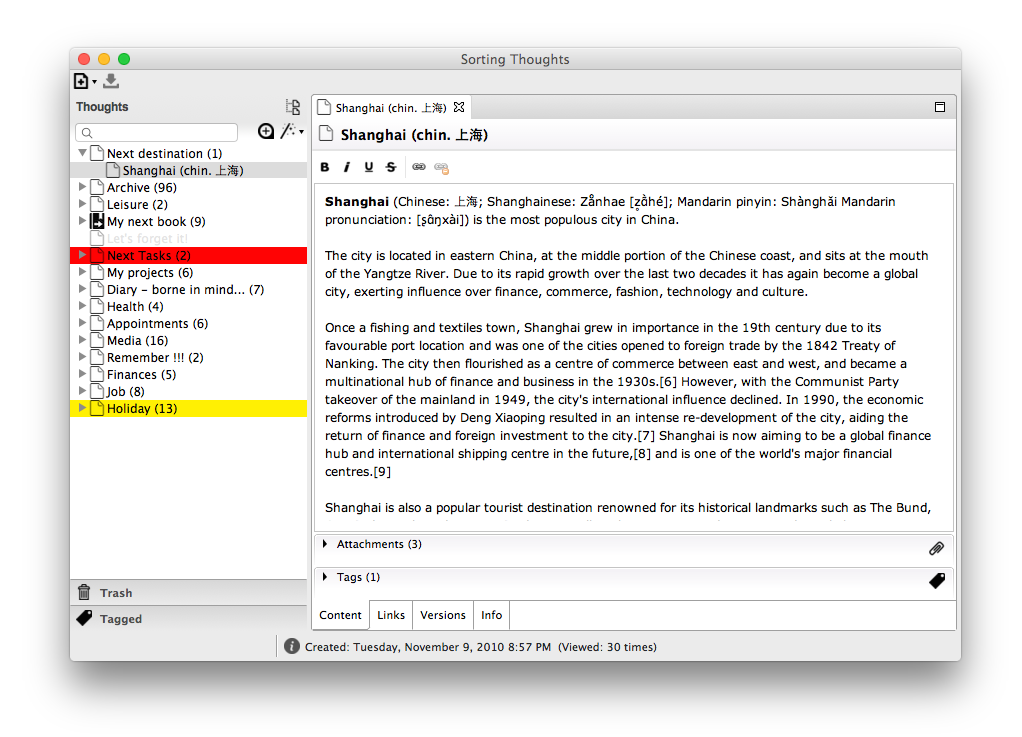 Finally, the new version allows it to change the font size in thought tree and editor. 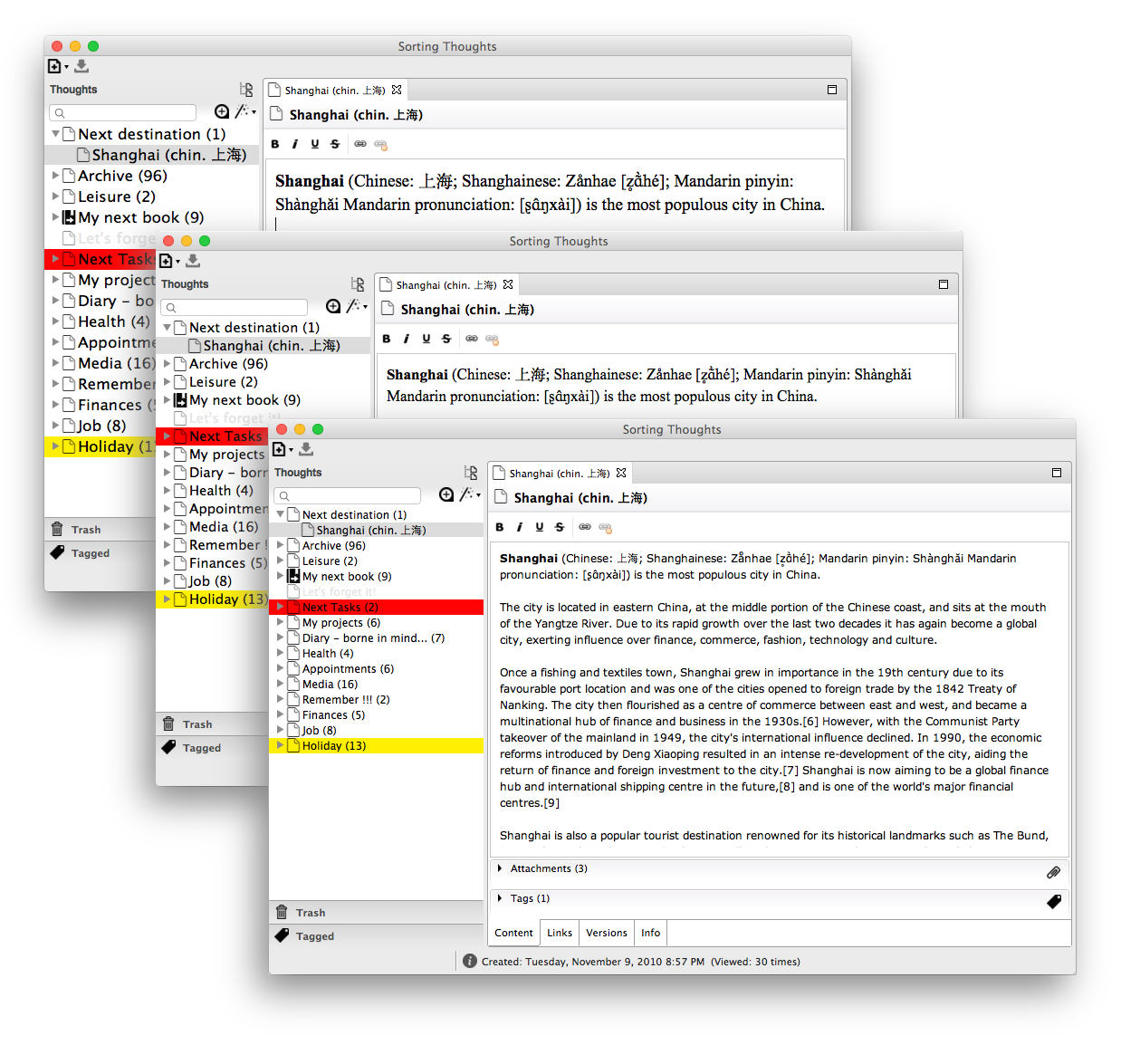 All saved changes on thoughts will be automatically versioning. It is possible to track changes and you can see the history of a thought. The new version view allows you to restore a old thought version. 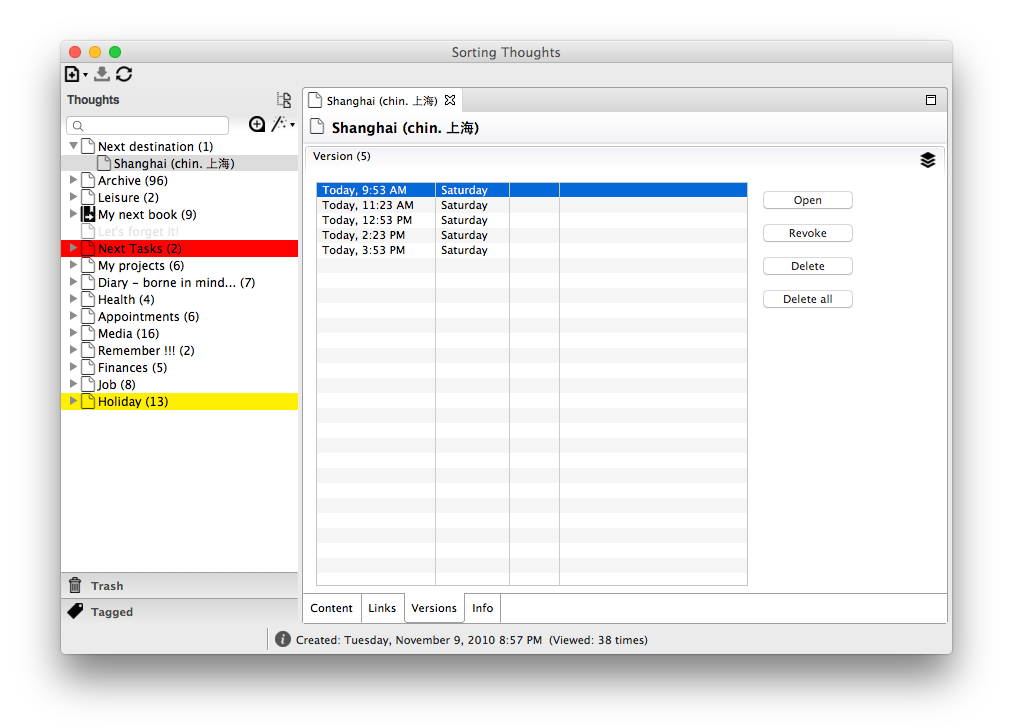 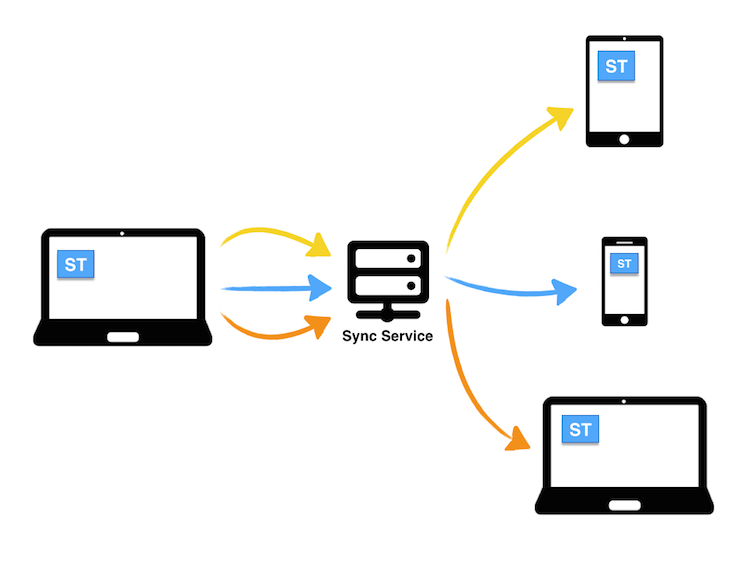 Good news – the upgrade to version 2.0 is free for all users of the old version. And I will change the license model to a life time license which means all coming updates are paid with one license until the end of Sorting Thoughts.

At the moment, I have no fix release date but I hope that the release will be ready in few months. Stay tuned!